This week’s #Let’sBlogOff topic is: What one thing did you really want when you were a kid?

When I was 5, I longed for consistency and fairness. I had multiple stuffed animals and it was heart wrenchingly important that each had their turn in the rotation to sleep directly beside me. Otherwise, I was hurting their feelings. This was a very weighty responsibility for a 5-year-old to self assign. I was just strange that way. 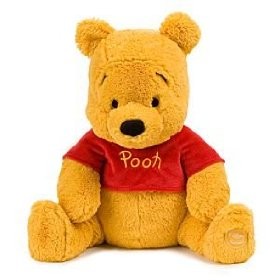 When I was 10, I longed to grow up faster – to be 14, like my brother. To be allowed to run around with him and his friends and be “cool,” instead of being told I was too young. (Lord, when was the last time someone told me I was too young??) 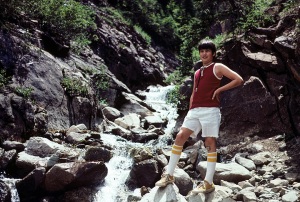 (See? Totally cool. The tank, the socks…the bolo tie I think he’s wearing with the tank…Okay, maybe I was too young to judge correctly.)

When I was 12, I longed for peace. I wanted mom and dad to get a divorce. I was tired of going to sleep at night to the angry sounds downstairs. (I have told each of them this, so I’m not opening any new scabs.)

At 14, I longed for familiarity. My folks actually divorced and no one really knew how to deal with it. The change cost me (not to mention them) friends we’d known all our lives. Our new home situation was now something other parents didn’t want their children around. Then again, mom DID let me watch Three’s Company, and Soap, so maybe they were right to be protective.

Around the age of 16, I yearned for acceptance. I wanted to be beautiful and would have traded my very soul to be popular. Instead I was awkward, shy, self-conscious and an absolute sheep. I should have longed for a brain, like the Scarecrow. (Sometimes the greatest gift is actually NOT being accepted. Take a brief dance break and cue Lady Gaga’s “Born this Way” or Pink’s “F-ing Perfect.”) 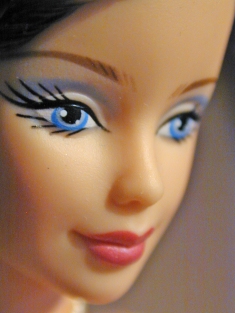 At 18, I longed to be 15 again. That was the last summer I didn’t have a job. A little notice would NOT have gone amiss, people. Something like, “Enjoy this one, because it’s the last!” Seriously.

At 21, I longed for independence, freedom, adventure… Barring that – important things like long hair, a Corvette and a tan.

By 35, I realized I’d left too many things to chance. Somehow I thought things I longed for would happen if I just continued to breathe in and out every day: To be a good wife and mother. (At some point I realized this may not happen in the preferred order, but I didn’t let myself even speculate on other possibilities.) To be a famous author. To produce “Out of Africa,” (Okay, so that was already done by someone else, but I still wanted the credit for it.) To have close friends (and be a good friend in return). To make my parents and family proud. To contribute in a meaningful way. To have no regrets.

Some of those longings have been satisfied over the past (unintelligible mumble) years. The majority are going to require a bit more tending – to say the least. They will require serious work, personal risk, courage and perseverance not equaled since the stuffed animal rotation of ’72-’74.

Maybe I should have just written about the pony I wanted at age 7 and left it at that. Or my current longing for all those naps I skipped.

To see what others have written on this Let’sBlogOff topic, Click HERE.