My last little chick has sprouted wings (to match his cute little horns) and passed his driver’s license test. Don’t ask me why it took 2 years past the expected date to accomplish the task, but it did. I am not complaining about that at all, by the way. Frankly, (and you people better not tell him I am saying this), I would not have wanted him driving at 16. At 16, Austin was still accusing inanimate objects of bad behavior and was incapable of closing a cabinet door.

Now that he’s 18, he closes cabinet doors, but is incapable of locking the door to the house. You know, the door that, when unlocked, allows bad people to come in and either kill you or take all your stuff.

Hopefully he will be better about locking the car. As for me, I once had a cute little Mitsubishi convertible that was broken into 3 times as it sat parked behind my condo. The fourth time, it was in the parking lot at the office. I got so tired of replacing windows and/or slashed convertible tops that I seriously considered just leaving the car unlocked from that point on.

Jerks. Took all the fun out of owning that.

Anyway, Austin succeeded in getting his license on something like his 5th trip to the DMV. The DMV is apparently a lot like Home Depot, in that one trip is never enough. You always forget something. I have never known a single person who can visit Home Depot just once in a weekend. If you go once, believe me, you’re going 2-3 more times.

The first trip to the friendly and helpful DMV, (snicker), the vehicle’s inspection sticker was out of date. The second trip turned out to be a national holiday, so they sat staring angrily at a locked door. The third time, Austin actually made it into the vehicle to begin the test, which unfortunately involved parallel parking as the first step – a strict Pass or Fail element. Austin had NEVER parallel parked before. You can imagine how well that went.

The fourth visit to the DMV took place on Tuesday of this week, with a scheduled appointment. Only, the appointment was actually scheduled for Thursday, so Robert’s head exploded. In public. Is anyone else beginning to picture this whole mission as doomed?

Well, not so fast. Dearest mother-in-law, Didi, stepped into the yawning breach of Austin’s driver’s license pursuit on Thursday and I was very pleased to get a message in the afternoon from the 6,100 texts a month texter: I PASSED THE DRIVER’S TEST!!!!!

That’s the first good news I’ve had all week. I treasure the thought of his independence – and the thought that neither his father nor I have to get up early on weekends to drive him to work anymore.

At least, I will treasure his independence until the first accident, at which time, my head will explode.

May it be a long time coming.

And keep your eyes on the road.

And both hands on the wheel.

And for God’s sake, DON’T TEXT WHILE YOU DRIVE OR I WILL BREAK YOUR NIMBLE LITTLE FINGERS. 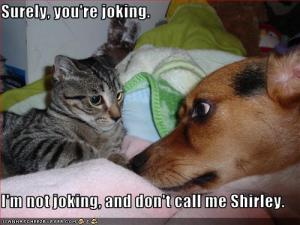 2 thoughts on “DRIVER ON BOARD”