Last weekend we were invited to the opera by my in-laws. This is a big, once a year event in which they treat us to amazing seats AND spring for dinner at the Meyerson Symphony Center next door to the Winspear Opera House.This annual tradition has become one of my favorite things about Fall. This year, the performance was Carmen. 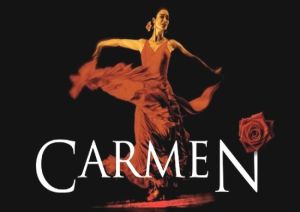 Having never seen this particular opera before, I was shocked, SHOCKED to discover the music was familiar to me. How familiar? As familiar as the classic movie, Bad News Bears.

I had long suspected any pretense to class or high culture I possessed had come from the Merry Melodies cartoons and specifically, Bugs Bunny. Turns out I was right. “Gilligan’s Island” once featured a performance of Hamlet that made use of the famous “Toreador” aria, as well. If you don’t know what I’m talking about, you’ll know it as soon as you hear it. This song has currently replaced “Roar” by Katy Perry as the song that haunts me day and night.

Anyway, the only unpleasant thing about attending the opera at the Winspear is the super-powered air conditioning. I mean, they must think they’re countering heatwaves from the depths of hell. Where we were sitting, and I assume it is the same throughout, there are round vents under each and every seat. These round vents create an arctic environment that comes within maybe 2 degrees of causing hypothermia. 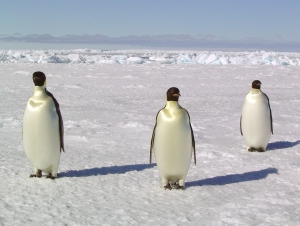 Everyone makes fun of women and our sensitivity to cooler temperatures as we get older, despite whatever hot flashes come with the territory. Well, I know for a FACT it was truly cold in the Winspear because even Robert confessed to his feet being ice cube-like. By intermission, my upper half was draped in my pashmina and the lower half wrapped in Robert’s suit coat. I could barely resist the urge to put my frozen, goose bumpy legs into the sleeves and wear the thing like bad pants. I had visions of recreating the scene from Star Wars where Hans cuts open the tauntaun to stay warm in the blizzard.

By the time I got home that night I had to put on a thick pair of soft, fuzzy socks, climb under the comforter, and pull the artificial bear skin throw over me. I slept that way all night and NEVER felt warm. Robert swears the house was 77 degrees, so I can only assume my blood had actually turned to an icy mixture similar to a frozen margarita, which took all night to melt.

The next time we attend the opera, we have fool-proof plans. Feel free to steal our ideas. One, bring several paper plates and a roll of duct tape. Put the plate over the vent under your chairs and the chairs in front of you. Tape in place to seal.

Two, along with the paper plate and duct tape, pack some hiking socks. Men may survive with their dress shoes and socks, but a woman in evening wear and God forbid, a strappy sandal, will lose her toes to frostbite.

Three, bring a flask of whiskey or scotch, because even if you block all four seats in your immediate area and wear your comfy socks, you will still be cold and need something to heat your blood and make you care less about losing your toes.

If none of these precautions work, you should have a St. Bernard on call. Not only will he bring booze, maybe he’ll sit in your lap for warmth.