Every family has their little hereditary health gems. Ours appears to be atrial fibrillation.  Mine started in my post-twenties. (Vague enough?) I always considered it a panic attack until it conveniently occurred while on the way to my doctor for a check up.

I was driving along doing a little mental inventory on my health and well being when suddenly my heart went thuddy-thump. Then thuddy-thuddy-pause-thump-pause. My old Mustang used to do the same thing when the fuel filter was clogged.

Of course I shared nothing of this with the doctor’s staff until the third time they tried and failed to take my blood pressure because the machine kept giving them an error message. “Would my heart flipping out cause an error like that? It seems to be skipping beats.”

Next thing I knew I was lying on an exam table with electrodes attached to my chest. Official diagnosis – atrial fibrillation.

This is pretty popular in my family. My brother underwent a cardiac ablation just the previous year. That’s a procedure in which they go in and burn or freeze a part of the lining of your heart to intercept or block the electrical charge that is coming in and making your heart skip beats. (Of course, this is a very simplified explanation, because I don’t want to think too much about it.)

My Afib strikes randomly – sometimes when I think everything is fine and that I’m relaxed. Other times, I can feel that little electrical current hovering, just waiting for something to stress me out so it can zap my internal Ricky Ricardo into his 4 hour rendition of Babalu. 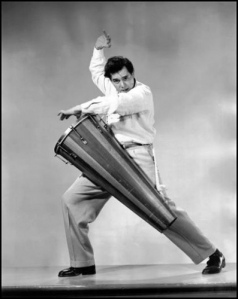 During that 4 hour period of time (give or take), my overactive imagination pictures a fluttering chamber in my heart where blood is pooling rather than circulating properly. I picture a thin layer of coagulated blood forming on top of the pool – like the skin that forms on pudding when left uncovered in your fridge. I imagine a clot of that goo making it’s way through my bloodstream and causing a stroke.

In other words, it freaks me out. Totally.

On Friday, I go in to have a cardiac ablation of my very own. My brother has been telling me all sorts of things to prepare me. Like how they let him sleep on his side and therefore all his internal organs swelled up and he could feel them rubbing against each other. And how the incision oozed for days.

This alarming exchange reminded me of when we were kids and he’d make scratching noises from his room and say, “Can you hear that? That’s a werewolf trying to get in.”

Yesterday he texted me regarding my upcoming pre-surgery CT scan.

Him: “Ever done contrast before?”

Him: “Well, okay. Mine creeped me out. Especially since I had it for so long.”

Him: “IV. Overnight. During and after procedure.”

Him: “Pirate’s Booty is yummy.” 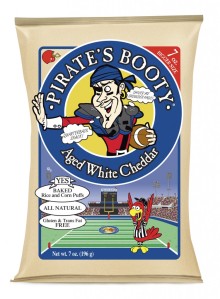 It’s conversations like this that lead me to believe our real concern as a family should be mental issues – not heart problems.

2 thoughts on “MY HEART GOES THUMP THEN DOESN’T”